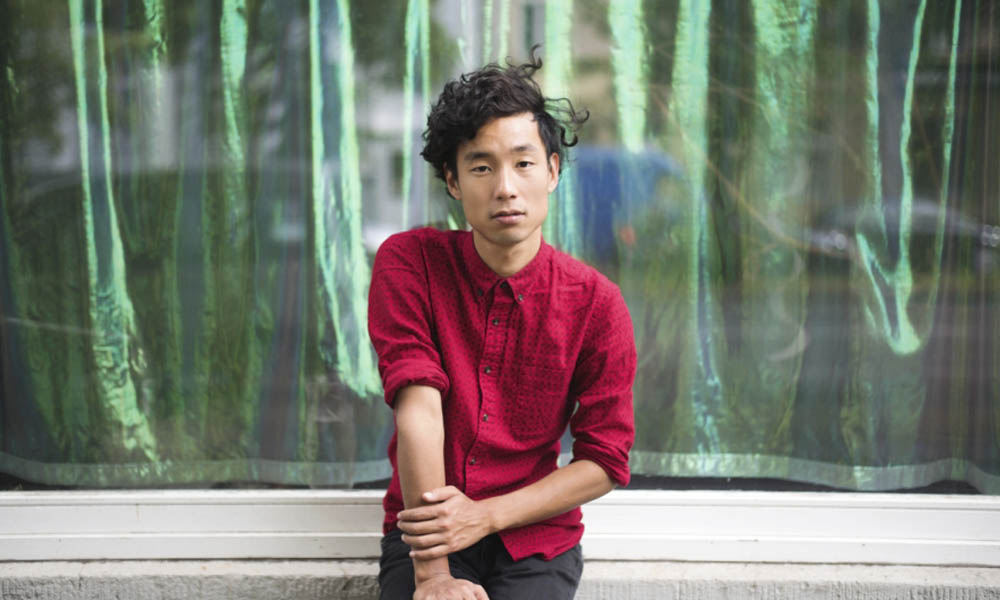 Born in Berlin in 1987 and raised in Berlin, Korea and Paris, Bonn Park studied Slavic languages and literature at Humboldt University Berlin from 2008 on.
His first works as a director and author were for the Berlin Volksbühne. He has been guest director at the Zurich Hochschule der Künste (ZHdK) and guest student of Werner Schroeter, Heiko Kalmbach and Frank Castorf. In 2011 he took up a course in dramatic writing at the Universität der Künste Berlin.
He received the Heidelberg Stückemarkt’s 2011 Innovation Prize for Die Leiden des Jungen Super Mario in 2D. His play Traurigkeit & Melancholie oder der aller aller einsamste George aller aller Zeiten was awarded the Else Lasker-Schüler Playwright Prize 2014 and nominated for the German Youth Theatre Prize 2016. The audio play of the same name was produced in 2015 by Deutschlandradio Kultur. Subsequently, he received commissions from the Berlin Parkaue theatre/Theater Chemnitz and the Frankfurt Regiestudio. In 2016 he won the Essen Autorentage youth jury prize for Wir trauern um Bonn Park. Das Knurren der Milchstraße was awarded the 1st prize at the Berlin Theatertreffen Stückemarkt in 2017, including a commission from the Badische Staatstheater Karlsruhe. The play premiered at Theater Bielefeld in September 2017, directed by Bonn Park himself.