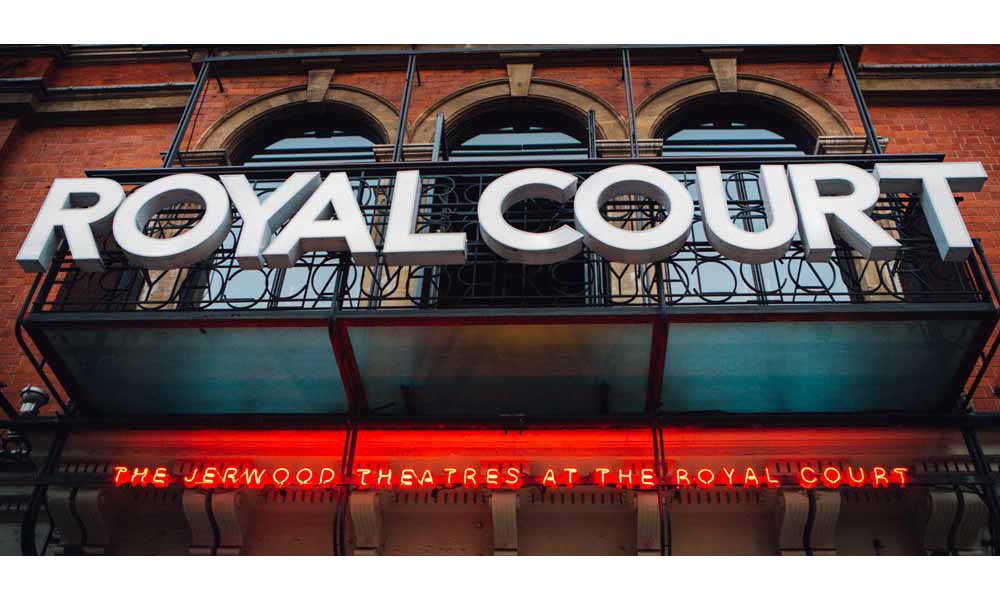 In 1989 the Royal Court Theatre created a pioneering International Residency, inviting emerging playwrights from around the world to spend time at the theatre developing a new play. Many playwrights who have taken part in the Residency over the past thirty years have gone on to have their work produced in their home countries and work by Residency playwrights has become a key strand of the repertoire of the Royal Court. The Residency has introduced the Royal Court to writers from every continent and has often been a starting point for wider relationships with more playwrights in their countries.

The first Royal Court International Residency was in 1989, the year the Berlin Wall came down, transforming Europe. Thirty years on, the International Residency in 2019 will have a special focus on Europe, marking the year Brexit is scheduled to happen. This Residency is a statement that, Brexit or not, the Royal Court Theatre remains an international theatre and will never cut itself off from writers in the rest of Europe. That was true from our creation in 1956, when the Royal Court championed Brecht, Beckett and Ionesco, and remains our commitment today.

We open our doors to unheard voices and free thinkers living in our European neighbour states. We invite emerging playwrights to apply who through their writing can change our way of seeing. We seek restless, alert, provocative writing from writers living in the Europe of the Twenty-first Century, but who may have come there from any part of the world.

This is the first time the International Residency has had a specific focus for one year. The Royal Court will still continue to develop relationships with playwrights on every continent: recent Royal Court productions include plays by Liwaa Yazji (Syria), Abhishek Majumdar (India), and Mongiwekhaya (South Africa).

The Royal Court Theatre is the writers’ theatre. It is the leading force in world theatre for energetically cultivating writers – undiscovered, emerging and established. Through all our work we strive to inspire audiences and influence future writers with radical thinking and provocative discussion.

The Royal Court’s International Playwrights’ Programme encourages emerging playwrights to address subjects they feel are urgent in their societies. In more than seventy countries and over forty languages writers have felt inspired to write provocative new plays for our times. Some of these writers have worked under incredible hardships in fractured societies.

Through long term collaborations, this distinctive body of work has enriched our own theatre culture and the new writing culture in the many countries where the work has taken place. Long term play development relationships, projects and exchanges exist between the Royal Court and writers in countries including Argentina, Brazil, China, Chile, Cuba, Germany, India, Lebanon, Mexico, Palestine, Peru, Russia, Spain, South Africa, Syria, Turkey, Uruguay and Zimbabwe.

The International Department has pioneered the use of theatre practitioners as translators and the integral involvement of the translator in the play development and rehearsal process.

During the Residency, each playwright develops a new play and participates with the rest of a small group in an intensive programme combining group sessions and individual one-to-one meetings, with time set aside for writing and rewriting. Playwrights work in collaboration with members of the Royal Court Theatre artistic team and are each teamed with a British theatre director and translator who work with the playwright throughout the Residency. There will also be the opportunity to work with Royal Court Theatre actors in a workshop environment.

The Residency includes opportunities for the Playwrights to share their work with other members of the group. There is a programme of theatre visits in the evenings. Due to the intensive nature of the Residency, it is essential that participants be available for the entire period. No exceptions can be made.

Fees
We require every participant’s fee to be paid by recognised charitable or statutory funding bodies. We will assist any candidate accepted as much as possible in finding that support. We do not accept personal or private funding, nor fees paid by loans.

The fee of £5,000 includes all residency activities as well as accommodation, breakfast, weekday lunches and theatre tickets. It does not include travel to and from London.

Language
Participants will write in their mother tongue and the work will be translated by the Royal Court. Residency sessions are conducted in English, so prospective participants need a good working knowledge of English.

Accommodation
Accommodation is within walking distance or a short bus ride from the theatre.

Applications
Applications for the 2019 Residency are invited from emerging playwrights currently living in any European Union member country (except the UK)*
The application form and information about all documents needed for submissions are here.

The deadline for applications is 9 November 2018.
Applications are considered as soon as they arrive so you are encouraged to apply as soon as possible.
We will acknowledge your application within one week of receiving it.